This is a second chance romance novel. 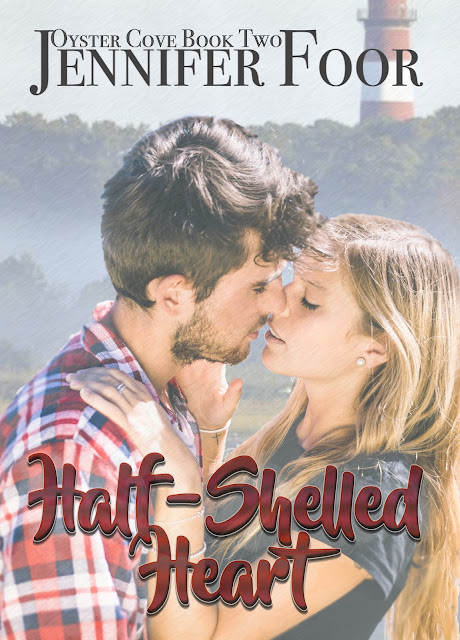 Synopsis:
Brantley (Brant) Wallace Jr thought he had it all figured out. Living with his girlfriend of two years, he works hard on the water all day, and even harder when he gets home at night. The struggles of a serious relationship have always been difficult for Brant to digest, though he refuses to give up on what he feels is a good thing.

Jamie Danvers spent her summers on the shore of Chincoteague, Virginia, so after a messy separation from her husband, she moves her veterinary practice to the quaint coastal island. She never expected to run into the first person who ever stole her heart, or that after years apart there will be residual feelings.

When Brant sees Jamie he can't wrap his head around the girl who got away from him. Torn between current obligations, and a burning desire to get back what was once lost, Brant struggles with being able to move forward while knowing Jamie is back.

When love throws a good man a curve ball, there's no telling which road he'll choose. 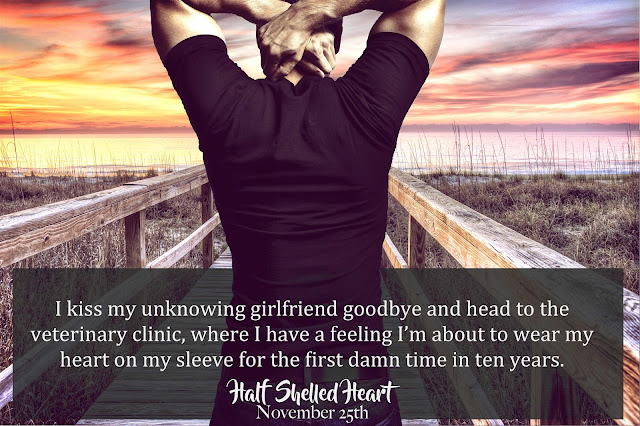 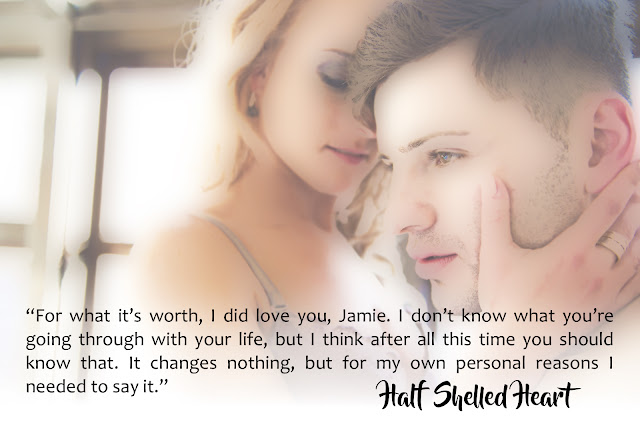 Buy Links:
US: http://amzn.to/2ddQGc4
UK: https://www.amazon.co.uk/dp/B01LZ7G9L0
(Other platforms were only available for preorder) 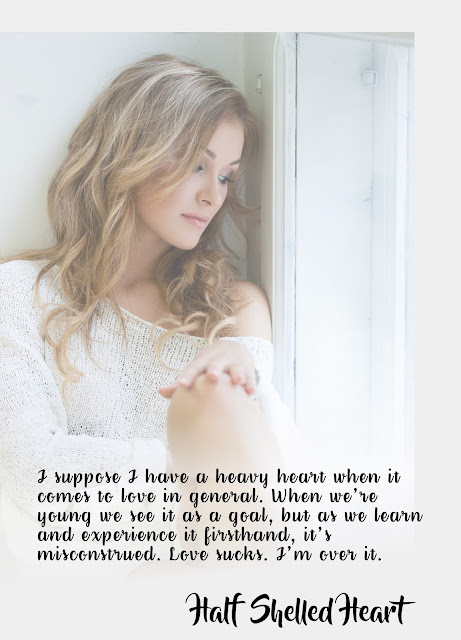 About the Author:
A Maryland native who spends most of her time devising a plan to live off the land on some remote island, where no one will ever find her.

She is a married mother of two kids, who may or may not drive her completely bonkers. In her spare time she enjoys shooting pool, camping and spending time with friends and family. 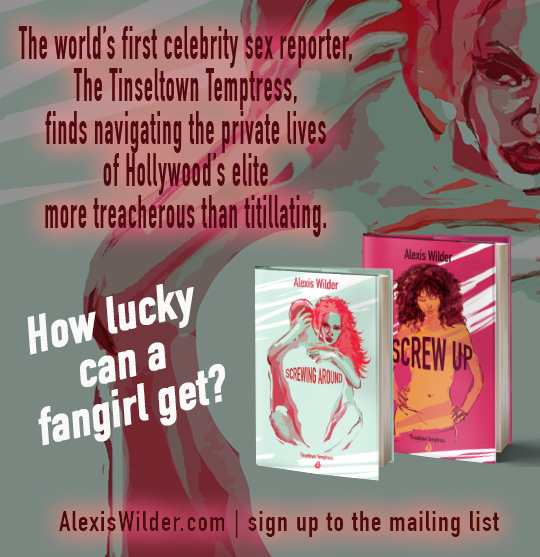 Happy Release Day to Alexis Wilder!  Screwing Around releases today as the follow-up to her debut novel Screw Up.  More info on both below!

Screw Up ~ A desperate writer must learn to embrace her inner bombshell when she lands a covert
job as the world’s first celebrity sex reporter. Join Cassie as she navigates troubled relationships,
props up failing investments, and tries to keep her secret job screwing movie stars for TFP under
wraps. Easy, right? --- This book includes the first five articles written by the infamous Tinseltown
Temptress.

Screwing Around ~ The world’s first celebrity sex reporter is learning that navigating the private lives
of Hollywood’s elite can be more treacherous than titillating. Continue on with Cassie as she
stumbles through interpersonal relationships, halfheartedly hunts for stolen earnings, and attempts
to keep her job nailing actors for TFP a closely guarded secret. How lucky can a girl get? Includes
articles six - ten. 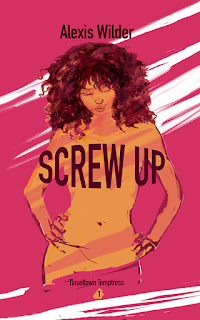 A desperate writer must learn to embrace her inner bombshell when she lands a covert job as the world's first celebrity sex reporter. Cassie has hit hard times. She can't find a job, her mother is prison bound, and her love life jumped a plane and fled to another continent. What’s an ardent fangirl to do? When a handsome new acquaintance offers her a lucrative position writing for his online celebustalk publication, TenFootPole, Cassie jumps at the chance


to make some real money doing what she loves. The only catch is the subject matter. She’s assigned the gossip rag’s new beat, the sex desk, and must score with big names and tell all. In graphic detail. Publishing under the Tinseltown Temptress pseudonym is supposed to shield her, but she soon realizes that no amount of anonymity would be enough to protect her from the repercussions of her notorious stories. As her personal life circles the drain, Cassie grasps for handholds in all the wrong laps and struggles to keep her head above the shark infested water. When her investment in a friend’s all male revue is put in jeopardy, she must rally her seductive forces or sink forever under the waves. 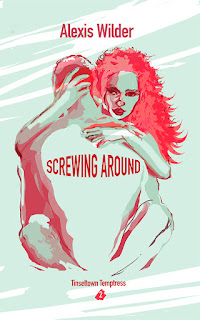 The world’s first celebrity sex reporter finds navigating the private lives of Hollywood’s elite more treacherous than titillating. Cassie rallies her seductive forces in time to persuade her editor, Mr. Wilcox to rehire her at TFP, but her troubles are far from over.  How lucky can one girl get?  Run-ins with her ex, rando drummers, (Scandinavian film star and general loon) MH, and even a gun wielding psycho threaten to derail Cassie’s hunt for professional grade, celebrity level, sexual fulfillment. Her articles as the Tinseltown Temptress have become more popular than ever costing her friends, privacy, and peace of mind. And while her notoriety affords her a certain measure of job security it also makes keeping her secret involvement in the whole scandalous business harder than ever. Between locating her thieving mother and defending her
home from interlopers, both foreign nd domestic, Cassie is in over her head. Add in the constant pressures of finding suitable film stars to screw and bestie Matt breathing down her neck for his investment capital, and it’s plain why the woman feels so swamped. Clinging to the loose threads of all the lies, Cassie tries to stay afloat while blazing a torpid trail through the ranks of Hollywood’s finest in search of her happy ending 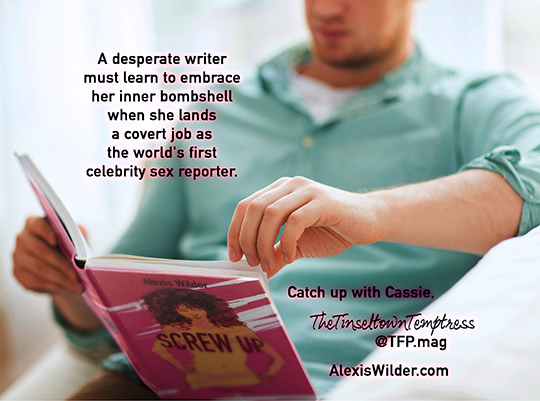 Funny stories of a woman in a desperate situation.  You'll laugh, feel bad, wish you were her, be glad you aren't, depending on which story she is after!  And now a bit about the story...

Cassie (aka Sid aka Lana) was dumped by her fiance via a text message from a burner phone.  Now she needs to find a job and hopefully get out of his apartment before he returns from his European tour.  Only problem is her newly acquired job requires some special skills she isn't all that thrilled with.  Can she see past the bad and do her job?

Favorite passages:
- “Would you like an autograph?” In spit, on my thigh.
- “Trudy’s cuts people off at three of those. It’s enough liquor to get a bear drunk.”

- She liked his disarming sense of humor. He liked that she ate like a human woman, rather than a bunny picking at a salad. 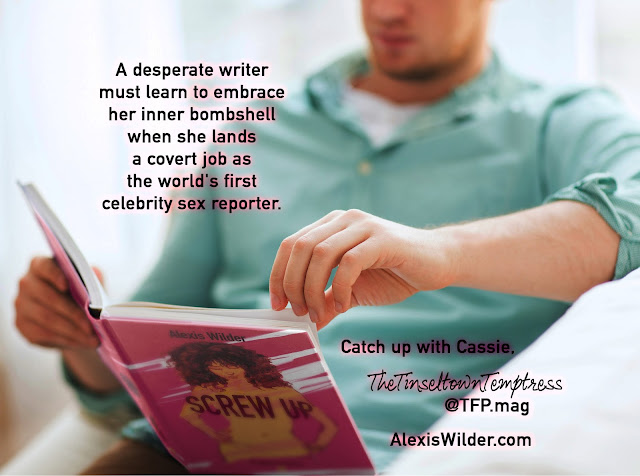 The temptations continue, with more comedy and suspense...
Be sure to read Screw Up first as this is a continuation of that story.  The morning after the drunken self loathing submission Cassie wants to take it all back.  But how to undo all the wrong things she did in that one little drunk email??  Plus a few more celebrity hotties join the tour!  And now a bit about the story...Cassie flies home to beg for her job back.  The one some think she got by sleeping with her now former boss before she knew about the job.  Though he's tried again, she's been very clear...she will not sleep with her boss.  So when she shows up at his condo, currently unemployed... she has no problem sleeping with him ;) Maybe that got her the job back... Anyhow between her thief of a mother, her douche of an ex, she seems to also now have a few crazy stalkers.  Will she get exposed?  Or will she continue to entertain one celebrity at a time!Favorite passages:- Please, oh please don’t let her come face to face with someone from his family. No children, no wife, no whammies.- Linked arm -in-arm we looked like long lost lovers; or a girl walking with her beloved grandpa . Either way, it was a picturesque pickup.- ‘If you don’t plan for what you want how will you ever achieve it?’ 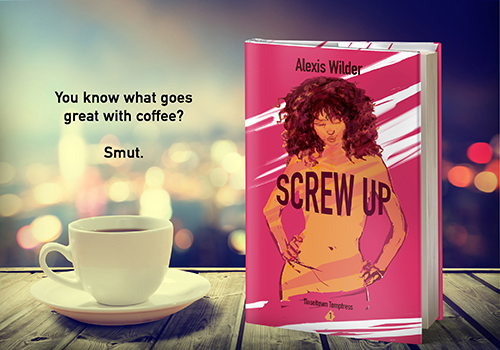 Author bio:
Alexis Wilder loves living near a lake with her patient husband, their mermaid children,
and a deranged dog.
Like this facebook page: facebook.com/AuthorAlexisWilder
Follow this twitter: twitter.com/AWilderRide
or maybe tumblr: alexis-wilder.tumblr.com/
She has a blog: alexiswilder.com/
or just join the mailing list: thelist.alexiswilder.com/w3k8t2
Posted by I Heart Books at 2:30 AM No comments: